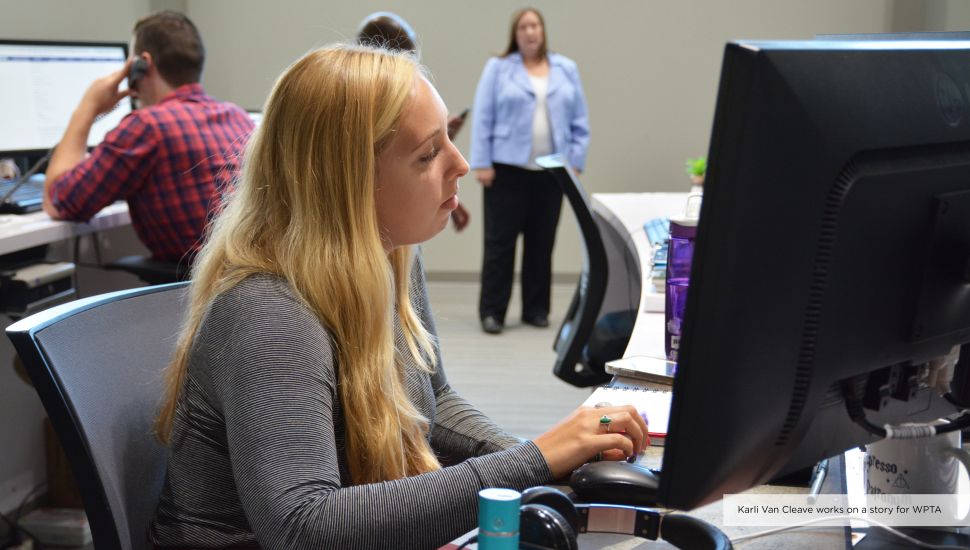 A subsidiary of Quincy Media Inc., WPTA, calls their interns Quinterns after their parent company. The news station promptly set a date for us to sit down and talk to Jonathan Shelley, who moved to the region in the last few years from New Orleans to be News Director at WPTA. The news station is unique within its own industry for internships because they pay their interns, which is almost unheard of in the broadcast media industry. This allows them to ask more of their interns and to treat them just like employees. The interns are very independent, write their own stories, build weather reports and some are even live on air

Here are three questions with Shelley about their Quinternship program.

1. What is your role with the internship program?

Jonathan Shelley (JS): I bring on board and select interns with the assistance of the human resources folks here. I look through the applicants and identify people who would be a good match while focusing on a diversity of positions in the newsroom. I mentioned we have two news interns right now. One of them specifically works with our weather team. He is training to become a meteorologist. The other one is training to be a reporter and multimedia journalist. One of the things I do is try to bring different people so they are not all doing the same job. I do not want to bring in interns who just want to be reporters or news anchors. I want to bring on people interested in marketing and behind the scenes work as well.

2. What do you look for in an intern?

JS: First off, we want to fill out different roles and just not who wants to be a reporter or an anchor. And then secondary to that, who is in the best position to not only learn but contribute when they come onboard. Have they had another internship? Have they been the executive producer of their university television news program? How is their writing? How is their editing? What is their basic skill set?

3. Have you seen any difference in the quality of work of the interns depending on if it is a paid or if it is only an internship for credit?

JS: I do not think quality is an issue. I think that we take a little different approach here in that number one it is a paid internship so we see them a little more like employees that we give a lot more feedback to. The second thing is that this is a smaller television market, so the threshold to be able to do things is a little bit lower. We do not have any positions besides directors who are unionized, so there are no worries with getting them to be members of any unions. Because we are a little bit smaller staffed, the need for work to be done is a little greater. If you are a really solid intern and you go on air here, people won’t bat an eye. If you were to put that person in Chicago and put them on the air, they would look a little out of place.

WPTA’s internship program offers an exciting and unique opportunity for those who are interested in the world of news reporting. However, their internship is not just robust for their specific industry. Paying interns, treating them like an actual employee and allowing to participate in meaningful work creates a greater return on investment. An intern will invest heavily into a company that invests in them.

Clarin Florentyna Journeys to Northeast Indiana for Her Summer Internship