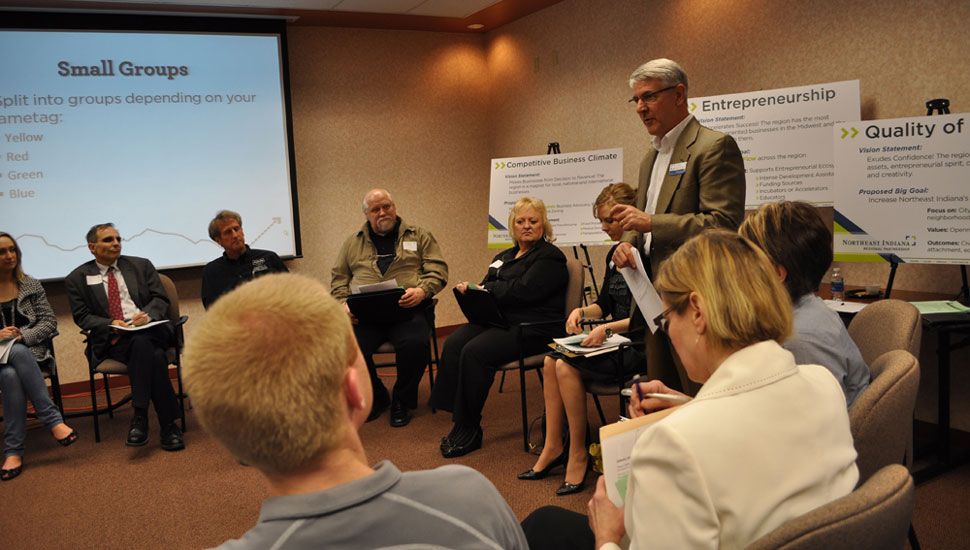 It is not well known that the Northeast Indiana Regional Partnership was founded through heated and passionate debate.

Yes! Raised voices, some colorful language and passionate expression of perspectives at loggerheads. A handful of the founding business leaders and elected officials encountered significant differences as they struggled to launch a revolutionary concept for “regionalism” to confront the severe dysfunction in economic development of our region in the early 2000s.

While this “reveal” of sorts is not shocking nor particularly “news-worthy,” it is of specific interest that despite the tenuous relationship between very diverse founding counties and their elected officials, the fiercely competitive economic developers and determined business leaders, it is surprising that an agreement was ever reached.

I am sure we can all imagine the strong personalities involved, questions of motivations and the suspicions of this radical deviation from our comfort zones for the uncertain benefits of a concept and structure that was, at the time, not much more than notes on a napkin.

Heated debate and strong differences existed throughout the process. Questions about whether the concept would gain traction, achieve public support or be financed by the private sector were largely arbitrated through direct communication by a collection of individuals who were convinced that we could find a better way and achieve a higher purpose and potential.

Little did we understand through this process, we were learning to be transparent and trust one another in spite of pointed debate and differences of opinion. And, those seeds of trust sprouted into a healthy respect for diverse opinions to focus on issues instead of each other.

Ever since, a practice of airing debate and disagreement directly between the parties has become a matter of habit. To the credit of business and community leaders, we have learned this new habit rooted in trust and respect for one another and the revelation that diverse and opposing opinions have enriched our journey as a region by helping us to achieve a shared vision for a path forward based on common interests. This trust allows for transparency in discussions and builds long-term relationships for the betterment of our region.

In our history over the last 15 years, we have had more than a few strong differences of opinion that we have worked through to productive outcomes.

Here are just a few examples that come to mind.

There are many other examples where we have confronted—head-on—difficult challenges with strongly-held, differing opinions and perspectives. The best practice we have learned through relationships of trust is when we “mine for conflict” we are apt to discover truth, solutions and common interests buried in those deeply held and passionately expressed views.

You see, when we recognize that we truly trust each other and embrace that working together we can compete in the global marketplace, we become focused on the issue we are facing and not the personalities or people involved with whom we may strongly disagree.

We all want meaningful and productive solutions to issues and that doesn’t come through discrediting individuals, questioning motivations or taking political advantage of our honest and personal differences of the good individuals involved.

All this to say, we have learned a new habit to confront difficult challenges, together. We use honest, open debate of perspectives to find the truth and the best way forward. Discrediting one another in the public view just isn’t us, anymore. It doesn’t work and weakens us. We need us, all of us, working together.

Working together, Northeast Indiana is a magnet for the best businesses and talent and is recognized as one of the nation’s most prosperous regions.

In Northeast Indiana we are intentional about collaborating. After all, we can't grow our community alone. Are you ready to collaborate for a brighter future?