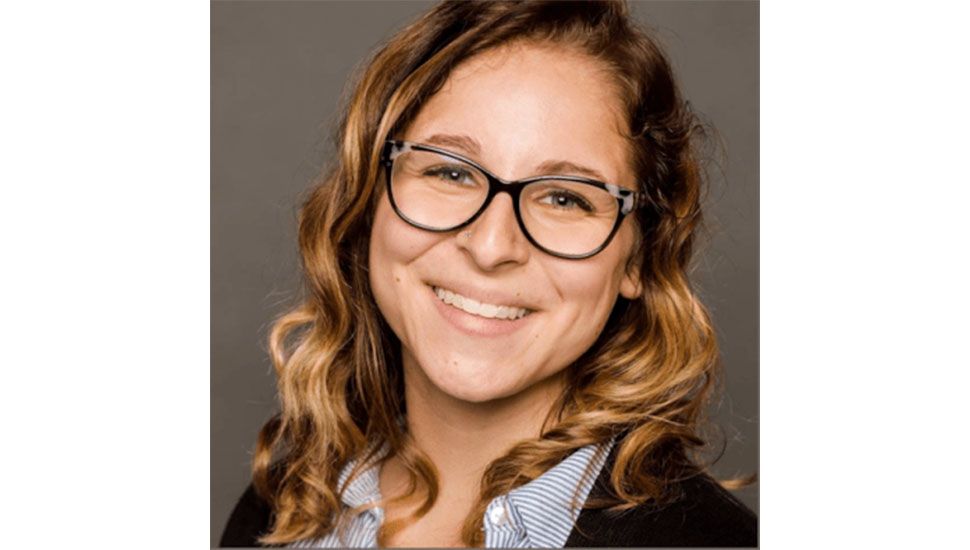 Emily Schneider was recently promoted to executive director of the Noble County Convention and Visitors Bureau (CVB), Visit Noble County. At just 22 years of age, some may be shocked at the young executive’s advancement to the helm. Schneider, however, is equipped not only with what she learned in college but also a lifetime of local experiences and mentors. She also has some advice for others who might follow in her footsteps, to make Noble County “their own”.

“I was born and raised in Noble County,” Schneider explained during a recent conversation. “My parents are from here and most of my extended family still lives here as well.”

With multiple generations of family ties, Schneider recalls growing up in Noble County with fondness and appreciation.

“I remember all of the ‘outdoorsy’ stuff we did,” she explained. “We would go to the parks in the summer, pick up leaves at Bixler Lake in fall. I remember seeing animals out in winter when we’d go out to explore.”

Those experiences, Schneider says, enriched her childhood. More than that, they had an impact on her choice to stay here when she accepted a job as a marketing coordinator for the county’s tourism bureau nine months ago. Schneider says her parents did a good job of introducing her to many areas in Noble County. Now, as a tourism professional, she is making more connections. Reflecting on how she came to the bureau exhibiting so much confidence, Schneider recalls some of the experiences that shaped her.

“I was a girl scout until high school, which was really fun,” Schneider remembered.

“I was involved in my church community, its children’s ministry. I loved doing community service projects,” Schneider explained. As a senior, she says she was involved in 15 different clubs. “Being in National Honor Society, with mentors and peers, helped get me out into the community, too.”

“I went into college studying education,” Schneider said. “I switched to human communications because it fit my wide variety of interests so well.”

Schneider envisioned a different career path before joining the tourism bureau. She thought, like many of her peers, she would find work in a large marketing or public relations firm and move to a larger city. But, for Schneider, home is where her heart is.

“I had a passion for marketing and looked at a lot of positions. I applied for, like, 32 jobs. No joke,” she quipped. “But I was interested also in being home and staying local. I wanted to give back to my community.”

Landing the marketing job at the CVB made her realize how valuable her existing relationships and familiarity with the area is. Schneider admits she didn’t even realize such an organization existed until she applied for a job. Not yet familiar with the opportunities to come, she was taking note of what her college peers were doing, still thinking she would wind up following the paths they were on. Some were getting hired by big marketing firms. One was planning massive weddings with million-dollar budgets. Others were beginning careers working in public relations for national non-profits. But a short nine months after landing the job, she has decided that’s not what she wants.

“I thought that’s what I’d do, at some point,” Schneider says, referring to finding a job outside of Noble County. “But I’m glad it didn’t work out. My peers in bigger cities are still trying to build connections and make strides. I already had many of those relationships here.”

Those personal connections, the kinds that take years to forge, have helped build Schneider’s confidence and are expediting the development of her skillset in the tourism industry. She credits one mentor, in particular, Dawn McGahen, recreation director for Kendallville Parks and Recreation, for helping to give her a head start. Schneider worked for McGahen for five summers during high school and college.

“Dawn was great,” Schneider said. “Her investment in young people speaks to her passion and mission, but also to the parks department as a whole. They hired me at 16 and empowered me.”

While working for McGahen, Schneider became a camp counselor and ran a skate program.

“By Dawn confiding in me, trusting me to take the lead, she really made me feel great!” Schneider gushed. “She wasn’t a person who said ‘Here’s a project. Go.’ She really helped me. It shaped my desire to come home.”

Schneider still relies on mentors and, as her responsibilities have continued to increase at the tourism bureau, she has met many. She is not afraid to reach out to other tourism bureaus in the region for help and guidance.

“Being able to have open conversations with other CVB leaders, to say ‘I don’t know, can you help?’” Schneider says, “is helpful.” She is grateful there are supportive people around her and believes it speaks well of the region and county. She is also glad for how willing so many are to build up the next generation of leaders.

Schneider’s story is one that might serve as an example of how local talent can be developed and retained. As a native, she had an entire childhood to come to know and love many of the assets in the region. Her talents were further developed by experiences, like her summer job in the parks, and by adults who gave their time to help her learn and grow. She has been encouraged and gained confidence from the mentors and colleagues with whom she now works. At each step, local people helped her come “home”. So, what will keep her here?

“I think a lot of it is community outlook,” Schneider explained. “Noble County is a very positive community and it’s very ‘homesy’. It is home. That is really key for me staying here. I want to have people around me who support me.” Having a few wineries and breweries, and unique places for Schneider to take her friends on “back road journeys” is also a plus!

“Getting to show my friends what I get to do all day is great! I take pride in that,” she explained, referring to the many cultural and natural sites that she works to promote.

Schneider also weighed in on what she thinks her generation, in general, is seeking to make this place, or any place, their “home”. Attracting more people to Noble County and northeast Indiana has become a focus for her and her colleagues promoting tourism in the region.

“Work culture is a lot of it. I think people are looking for unique experiences they can show off to their peers. They’re not (all) looking for salaries and benefits. They’re looking for that one day off a week they can work at home, the coffee bar that is in the lounge; things that make the workplace home, and a community,” she explained.

“Our generation wants to feel respected and heard. We’re often advocating for things that are out of the norms, and just want to be heard. You don’t have to agree, but having a voice in the community is important.”

For those who grew up here, but are seeking to make someplace else “home”, Schneider has some thoughts.

As Schneider continues to make plans to eventually move out of the family home, her mind is focused on work and, specifically, the 2020 Noble County Visitors Guide.

“I want it to be a game-changer,” Schneider said. “I want it to be able to reach more young people and young families to attract them here. I also want to promote more of our natural amenities, really honing in on those as a platform to launch from.”

Schneider speaks with enthusiasm and passion about Noble County. She and others like her might be the “game-changers” northeast Indiana’s communities seek to flourish.

- By Lori Gagen at the Noble County Economic Development Corporation

New apartments have opened at @thelandingfw! Check out the photos and find out pricing and more information at… twitter.com/i/web/status/1…