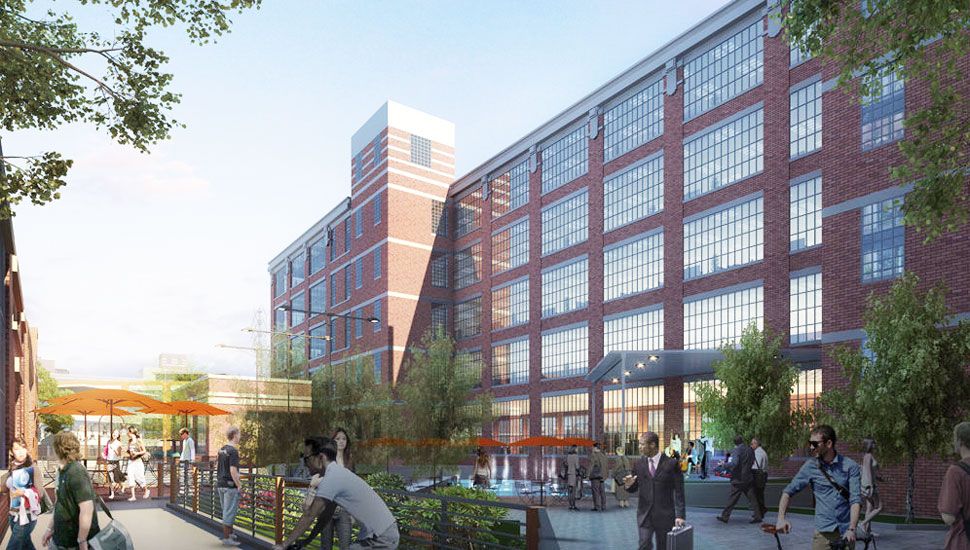 Aligned with the Northeast Indiana Regional Partnership's strategy to secure positive national coverage of the region in top-tier business and industry media publications, we recently hosted journalist Jeff Steele as he visited Northeast Indiana to seek story ideas. Jeff Steele is a regular contributor to several media outlets, including Construction Dive and Forbes, and as a result of this trip, he published a story in Forbes titled “When Picturing Innovation Enclaves, Don’t Forget The Heartland".

The article showcases innovation districts emerging across the country and how they can foster the kinds of formal and informal connections that spark great ideas and pioneering movements.

Highlights from the story include:

In Fort Wayne, Ind., the Hoosier State’s second-largest city, the mammoth industrial campus formerly housing GE once employed up to 40 percent of city workers. Today, in one of the Midwest’s largest development projects, it is being transformed into a 1.2-million-square-foot, 18-building, mixed-use district of innovation, Electric Works. The campus will house a STEAM school, co-working spaces, food hall, farmers’ market and eventually residences. Phase I of the multi-phase project on the southwest edge of the city’s revitalized downtown is slated for completion next autumn.

Indiana’s largest privately-held company, Do it Best Corp., will bring its international headquarters to Electric Works at that time. The move, says Dan Starr, company CEO, “will allow for continued growth and position us to provide the best possible service and support to independent home improvement businesses around the world."

“Electric Works is a unique and transformative project. We believe moving our global headquarters there will give Do it Best a competitive edge as we keep our roots in the community we’ve called home for 75 years.”

We are grateful to several key organizations for their partnership in working with the journalist on this story, including Greater Fort Wayne Inc. and the Electric Works team. We believe opportunities exist for additional stories from this media visit and will watch closely for any future coverage.

Forbes is designed for high level executives, top management and those aspiring to positions of corporate leadership. It covers companies and the people who run them, industry news, technology and related updates. It has about 28,307,082 unique viewers per month.

In 2021, the Regional Partnership has generated over 465 million primary national media impressions and 1.5 billion secondary impressions for the region, including articles in Forbes, Business Insider and Freight Business Journal North America.