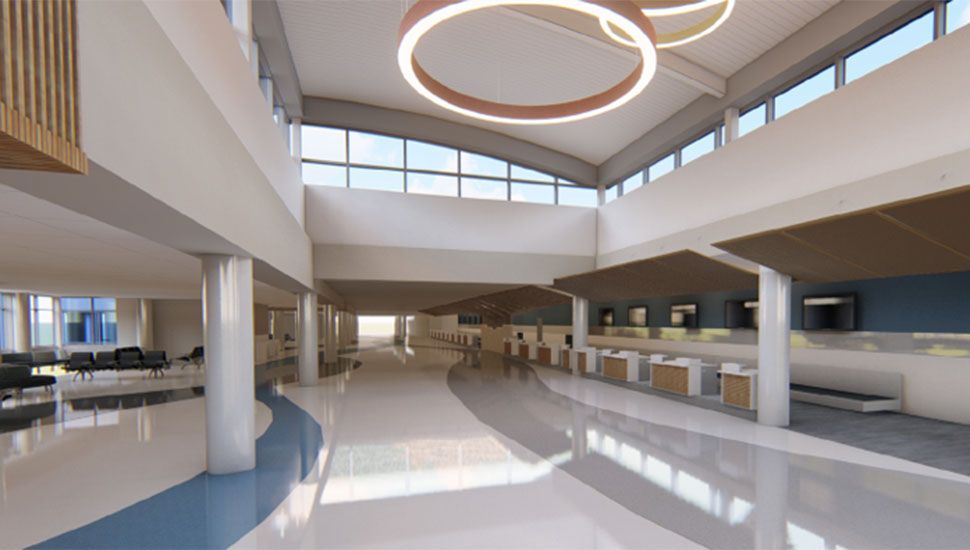 “How was your flight?” I asked a couple of site consultants as they landed in Fort Wayne. “Just fantastic! The security guard asked us how our day was going and then gave us a cookie! That has never happened before,” one site consultant replied.

As soon as you land at Fort Wayne International Airport (FWA), you’re greeted by someone with a big smile and handed a cookie. That's why FWA is the nation’s friendliest airport according to USA Today. In 2019, that friendly feeling welcomed nearly 800,000 passengers, marking the 10th year of consecutive growth for FWA.

FWA is working on a massive expansion project—Project Gateway. Here are some details about this important investment in the region.

The continued growth and expansion for the region’s primary local airport is a huge asset to attracting and retaining business investment in Northeast Indiana.

With COVID-19, travel changed, but what has not changed is the importance of flying FWA and celebrating its investment in Fort Wayne and Northeast Indiana.

For more information about these projects or FWA, please visit the website www.fwairport.com.

If you’re as serious about business as we are, then give us a call today and let’s chat about how business in Northeast Indiana can benefit your company.