Honoring Our Nation’s Veterans and Growing Our Region 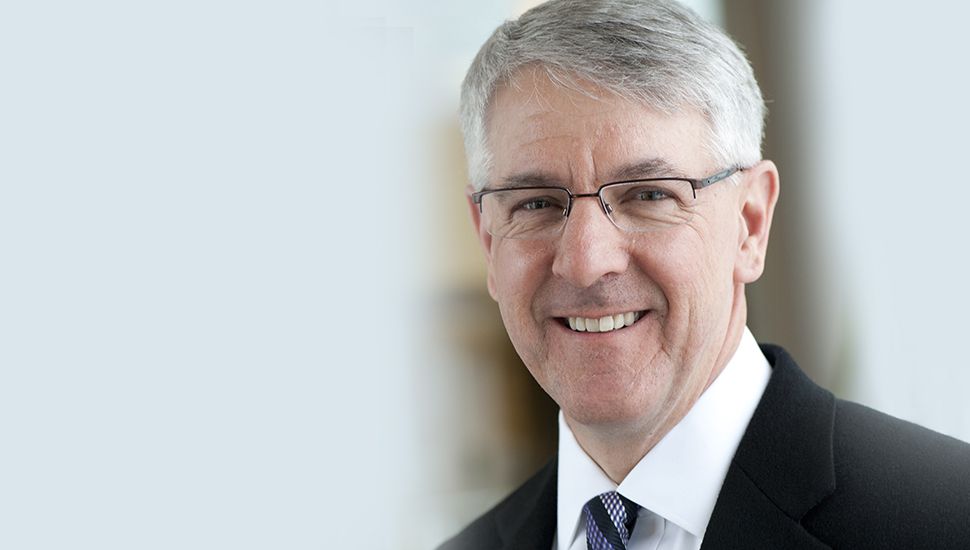 We live in an amazing age of respect and appreciation for those who have served in the military. This has not always been the case.

This year is the 100th anniversary of the signing of the Armistice which ended the active fighting in World War 1. Major hostilities of the war were formally ended at the 11th hour of the 11th day of the 11th month of 1918 when the Armistice went into effect. The war accounted for an unimaginable 17 million military and civilian personnel killed in military action, including over 100,000 United States service personnel.

“To us in America, the reflections of Armistice Day will be filled with solemn pride in the heroism of those who died in the country’s service and with gratitude for the victory, both because of the thing from which it has freed us and because of the opportunity it has given America to show her sympathy with peace and justice in the councils of nations...”

By 1945, the observance of Armistice Day came to recognize all veterans killed in military action as well as those yet living. In 1954, Armistice Day became a federal holiday and was renamed “Veterans Day” as we celebrate it today.

A renewed sense of gratitude has emerged for emergency responders and military personnel following the horrific acts of Sept. 11, 2001. This series of attacks, heroic recovery efforts and the global war on terror have cultivated a renewed and worthy appreciation for those who serve to protect national security.

It is a debt of gratitude that will never equal the sacrifice.

Having served in the Navy during the Vietnam aftermath, I witnessed poignant disrespect of returning American military personnel. Today, in some way, we are making up for lost time to recognize men and women alike for their commitment and sacrifice on behalf of global and national freedoms.

It is for this purpose that we observe Veterans Day; to honor those who have fought and laid down their lives to defend our homeland during troubled times.

An Opportunity to Serve Our Country's Service People

Between 100,000-200,000 service members exit the military each year. Historic trends show that about 33 percent of these service members will stay in the community surrounding the base where they were stationed, and another 33 percent will return to their hometowns. This leaves the final 33 percent who are willing to relocate to another community for the right job opportunity.

Now, an opportunity lies immediately before us to welcome men and women of service to a new mission of urgent need on the home front.

Thousands of veterans are leaving military service without commitments to where they will reside or enter the civilian workforce. Many leave the service with strong technical knowledge, skills, high responsibility and a focus on a mission.

We owe them gratitude and support as they make a difficult transition. But this is not an act of mercy; it is compelled by a new mission to fulfill the urgent needs of Northeast Indiana employers with highly qualified and responsible individuals.

Enter Northeast Indiana’s own Hoosier Home Base website with information, resources and services to welcome veterans to Northeast Indiana and develop connections to an online and in-person community.

Coupled with the thousands of opportunities available on the Northeast Indiana Jobs Portal, we are making a commitment to veterans that Northeast Indiana is a welcoming community for veterans to start a professional life, raise a family and build relationships that will last.

Supporting our nation’s veterans is no small commitment. It is about making connections to community, providing resources and fulfilling economic opportunities through careers.

The support and resources that Indiana and this region provides to our nation’s veterans distinguishes our community from others.

Regional Partnership team member and Director of Stakeholder Development Nick Darrah concluded his active duty in the United States Marine Corps as a Sergeant on Aug. 8, 2008; the eve of the great recession. Nick completed his degree program at Purdue Fort Wayne and found a job in his hometown of Fort Wayne, always knowing that he and his wife would stay close to family ties. After leaving the service, Nick also sensed the loss of camaraderie and the intense mission in the Corps. Thankfully, with a strong and supportive family, he landed on a firm foundation and in a receptive community in Northeast Indiana.

My family left the Navy with a 2 year-old and a 6 month-old baby with the security of a job commitment but the uncertainty of a city without family ties or friends. I remember it as one of the loneliest moments in our lives as a family.

I would like to ask your help in thanking the veterans in our community. Thank them, all of them!

Thank all of them for putting their lives at risk for our safety. The next police officer, firefighter or emergency responder you see, reach out, shake their hand and thank them! Tell them how much you appreciate what they do at all hours of the day or night for us. When you see a reservist at the coffee shop or your neighbor who served in battle long ago, buy them a cup of tea or coffee. Find your own way to make sure they know, we know, what they did for us, without even being asked.

And, one more thing. Let’s put them on the next mission. Let's hire them, too!

If we want to grow our region and continue to be a welcoming and supportive community, it can be just that simple.

If you're interested in learning more about how Northeast Indiana is attracting veterens, visit HoosierHomeBase.com.