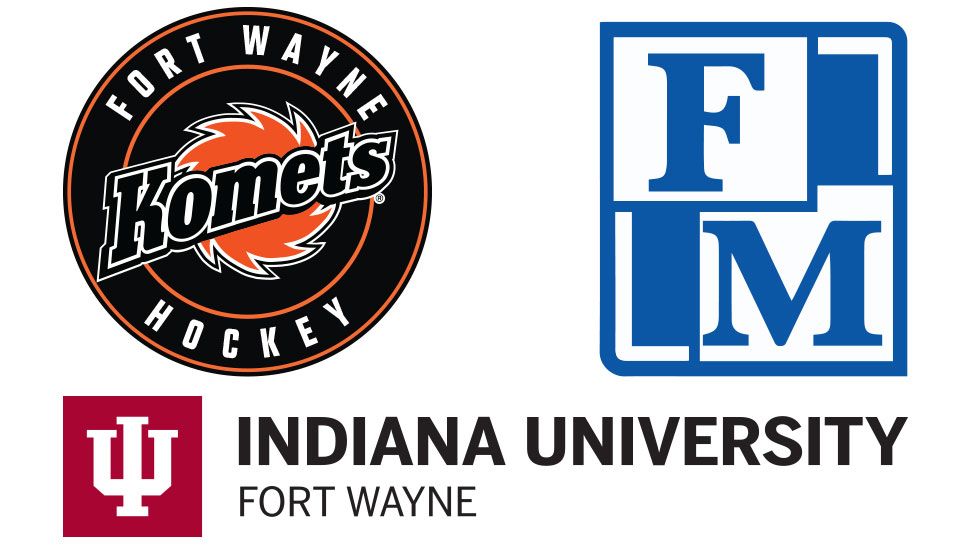 Farmers & Merchants Bank was founded in 1914, in LaOtto, Ind., as a private community banking institution. The Bank continues to be a dynamic, progressive financial institution, offering a broad range of low-cost, quality products and services to retail, commercial and municipal customers. Farmers & Merchants is committed to excellence in evaluating, identifying and modifying products and services to meet customers' ever-changing financial needs.

Farmers & Merchants' objective is to maintain a high level of asset quality and management integrity. Farmers & Merchants continues to show evidence of corporate responsibility through leadership, support and involvement in the communities we serve. Because at the end of the day, “we believe banking is about You & Us”.

Indiana University has provided educational opportunities for the region for over 100 years and the commitment continues through Indiana University Fort Wayne focusing on the health, wellness and vitality of the community.

The Fort Wayne Komets are one of the most prolific and successful minor league sports operations in all of North America. The Komets were established in 1952 and have called the Allen County War Memorial Coliseum home for 67 consecutive seasons, a tenure that ranks them as North America’s second oldest minor league sports franchise. During those 67 seasons, the Komets have produced nine championships, unparalleled post-season participation and success, and consistent attendance levels found almost nowhere else at entertainment events in secondary markets.

The Komets are committed to the Fort Wayne community, raising hundreds of thousands of dollars annually through cooperative initiatives, jersey/memorabilia auctions and special fundraising events. Players, coaches and staff members routinely appear throughout Northeast Indiana at schools, meetings, hospitals, festivals, fundraisers and community events. Summit Sports, Inc., has locally owned and operated the Komets for almost 30 seasons. It is this commitment to the community that led the Komets to investment in the Regional Partnership.

The Komets are also actively involved with local institutions of higher education through teaching, mentoring and offering internships to area college students. In fact, nearly half of the Komets’ current staff is comprised of former interns who started with the franchise through area universities, military reserves and cooperative programs. In addition to millions of tourism dollars brought into Fort Wayne each season, the Komets have also added to the population and workforce of the region, unlike most other traditional minor league destinations. More than 100 former Komet players now call Fort Wayne home; choosing to live, work, and raise families in our great community at the conclusion of their playing careers.

Despite all of the on-ice tradition and success, hockey is only a small part of the story. The Komets are routinely recognized throughout minor league sports as a leader in delivering entertainment at their games that is extensive, inventive, inclusive and ever-changing. The goal of the Komets is to make sure that fans of all ages, backgrounds and walks of life enjoy every second of their Komets experience from entering through the turnstiles until their exit after the final buzzer sounds.

Offering ticket packages for single-game attendees, professional and casual group outings, and season-long dedicated fans, the Komets take pride in being a generational source of entertainment and engagement for families and businesses spanning more than seven decades in Fort Wayne.

The Komets are humbled to have season ticket holders who have held their seats for 50 seasons or more, with a handful of businesses and families who have literally passed their tickets through the generations for all 67 of the Komets seasons in Fort Wayne.

It’s not just hockey… It’s Fort Wayne Komet Hockey. We invite you to “Join the Krowd.”

Every day we are working to increase business investment in Northeast Indiana to make life and business better. How do we do that? We rely on regional collaboration. There’s a place for you to get involved, too.