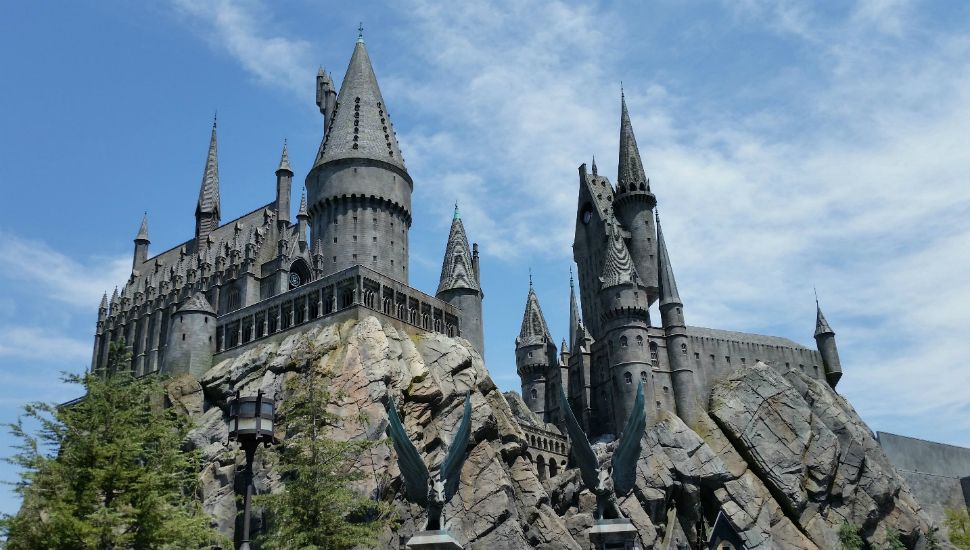 As a Gallup-Certified Strengths Coach, I am constantly “strengths spotting.” It’s my Individualization. In Gallup StrengthsFinder, that’s the ability to see the unique qualities in another person, which is one of my Signature Themes. This theme is what I believe to be the core of strengths development.

For me, it’s nearly impossible not to see the strengths of those around me. That became very apparent to me when my family and I went to see Harry Potter and the Prisoner of Azkaban last week as part of Foellinger Theater’s movie series, which is showing all eight movies in the Harry Potter series.

As I was enjoying the movie, Professor Remus Lupin says to Harry about his mother, Lily, “she had a way of seeing the beauty in others, even and, perhaps, most especially, when that person could not see it in themselves.”

My co-worker Sonya Snellenberger-Holm, who is my own strengths coach, was somewhere in the theater enjoying the movie as well. I texted her with “Lily Potter = Individualization”!  She texted back with a non-strengths-based description of Draco Malfoy that I can’t put in this blog.

For example, Albus Dumbledore exhibits Deliberative, Intellection and Command. He takes his time making thoughtful, difficult decisions on his own and then he has the influence to compel those around him to buy into his plans and do what he says. He’s a nice guy and a strong leader, but when he says “jump,” people say, “how high.” For example, he convinces Severus Snape to kill him for the greater good — to save Harry and take out Lord Voldemort. Snape agrees. Not because he wants to kill Professor Dumbledore, but because of his own themes of Responsibility, Strategic, Focus and Discipline. Snape is devastated when the-love-of-his-life-but-married-to-another, Lily Potter, is killed by Voldemort. He embarks on a plan spanning 17 years to protect her son, Harry, and ensure the final destruction of the WORST bad guy of all time, Voldemort. But this plan is not easy or pleasant. He must disguise his affection for Harry, kill his boss, act as a tyrannical headmaster and be killed by a giant snake, all to convince Voldemort that he’s on his side. All of which would not have been possible without tapping into the balconies of his Signature Themes. And his plan works! Unfortunately, he’s not around to see it but he stuck to his long-term strategy, no matter the cost, to stay loyal to his Lily.

It’s interesting to contrast the balconies and basements in these characters.  I believe that both Harry Potter (good guy) and Bellatrix Lestrange (bad gal) have the theme of Activator. This means they are not afraid to take risks. They are impatient and quick to take action. In Harry’s case, this usually works to the benefit of himself and others. In Bellatrix’s case, she usually kills people with her Activator. She’s the loose cannon, but for Harry, he never lets his fear cripple him. They’ve both got the same theme, they just use it differently.

Sonya and I are going to continue to explore Clifton StrengthsFinder in the context of Harry Potter. Lucky for us, the Foellinger Theater’s Harry Potter series has four more movies to show each week before the movie series ends for the summer. I love sitting in that beautiful, breezy outdoor amphitheater with hundreds of other Harry Potter fans enjoying the stories that have made such an impact on so many people. Sure, Sonya and I are probably the only ones picking these characters apart, but it’s fun and we’re becoming great strengths-spotters! Hopefully the intel we’re gathering on these beloved characters will become something bigger that we can share with others in the course of our strengths coaching, making strengths-based development more relevant to our younger audiences.

Have you taken Clifton StrengthsFinder? What themes might you share with your favorite Harry Potter characters? We encourage you to become familiar with and love your own Signature Themes. Then, make like Lily Potter and spot the strengths of others! It’s fun, enlightening and may empower you to appreciate the diversity of the people around you.