Back To Top
0
X Close 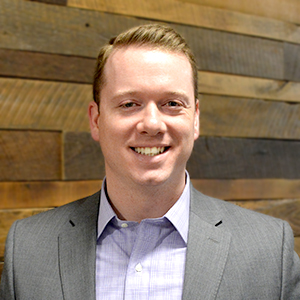 Nick Darrah joined the Northeast Indiana Regional Partnership in February 2018. His key responsibility is to support stakeholder relations across an 11-county region. Nick plays a critical role in the ongoing development and implementation of the Regional Partnership’s comprehensive funding strategy.

Prior to joining the Regional Partnership, Nick worked in personal and commercial banking. He also worked as a Criminal Investigator with the Indiana Department of Revenue.

After serving four years in the United States Marine Corps, Nick returned home to Fort Wayne and attended Indiana University-Purdue University Fort Wayne (IPFW) where he earned his degree in Political Science with a focus on International Studies, and minor in Spanish. In 2017, Nick returned to school to earn his Master of Business Administration from IPFW’s Doermer School of Business.

Nick serves on the advisory board for Purdue University Fort Wayne's Organizational Leadership Department, as well as the Marketing Committee for Healthier Moms and Babies. He also serves on the Board of Directors for the Golf 2/4 Memorial Day Foundation, a Veterans nonprofit organization that honors the sacrifices of fallen Marines and their families.