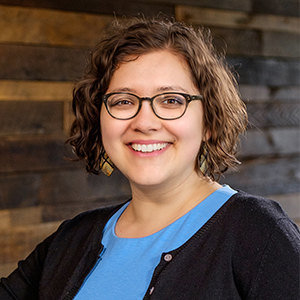 Rachael joined the Northeast Indiana Regional Partnership in September of 2015. As the in-house graphic designer, Rachael works with each department to create and design marketing collateral.

Rachael grew up in York, Pa. and attended Bethel College  and graduated with a B.A. in visual communications and an A.A. in graphic design. She moved back to the region after nine years in Portland, Ore.